This years’ World Health Workers Week was celebrated under the theme Build the Health Workforce Back Better. Progress towards universal social health protection and ultimately universal health coverage (UHC) requires strong health systems, sustainable and comprehensive health protection strategies and schemes and health workers who are trained and empowered to provide health services that meet the needs of populations worldwide.

CONNECT has gathered some reflections from nurses and medical doctors from Lao PDR and Viet Nam, to not only elevate the voices and stories, but celebrate their invaluable daily contributions and highlight the critical importance of strong social health protection systems to their work.

VIENTIANE, LAO PDR – Reflecting on her 15 years spent working at a large hospital in Vientiane province, head nurse Somephret Vorachit attests to the changes she has witnessed alongside the evolution of the country’s National Health Insurance (NHI) scheme.

Since government subsidies to NHI were significantly increased in 2016, with pre-existing schemes consolidated into a single system, coverage levels have soared. According to Somephret, this means that the hospital where she works now receives twice as many patients as it did at the beginning of her career.

“It‘s a lot easier to provide care now, especially for people with chronic diseases, who can come for check-ups more regularly”, she explains, reflecting on the case of a diabetes patient who previously only came for intermittent treatment when finances allowed.  “Since the scheme started, she now comes regularly and she is a lot healthier”, she says. “It makes the patients very happy, and it makes me happy that they have access to health care”, she adds.

Dr. See Lor, an obstetrician from Vientiane, says she can relate to her patients, and often feels for them, particularly if what was meant to be a simple delivery turned into a complicated surgery. “Especially if they needed a C-section, they‘d have to sell their land or cattle to pay for it,” she says. Now, people now longer need to worry about the costs, as everyone is covered by the national health insurance. She says that the change has been tremendous. She remembers treating a woman who was experiencing complications in her last trimester, but could not afford antenatal care. However, shortly after the diagnosis, national insurance was introduced and she was able to get the care she needed.

“The hospital even sent an ambulance to pick her up. All her costs were covered, and she was able to have a safe delivery”, she recalls. Her unit now sees about twice as many patients and for the staff, an increase of the workload means more stress, and Dr. See Lor says she is a lot more tired now. Still, she would not have it any other way. “Even if at the end of the day I am tired from working,” she says. “I am happy.”

HANOI, VIET NAM – As a fast-developing lower middle-income country, Viet Nam has a comprehensive Social Health Insurance system in place covering almost the entire population. Nonetheless, gaps remain amongst the near poor and informal workers, resulting in persistent out of pocket health care spending and the inability of some patients to afford treatment is a common challenge for health practitioners all over the world.

Vu Thi Nguyet  is a head nurse at a busy hospital in Viet Nam and cites similar concerns. Nguyet loves her work but struggles when her patients’ treatment needs are at odds with their capacity to pay.

Reflecting on her 10 years of experience working as a  nurse, she recalls a patient receiving urgent treatment for liver failure. After two days of treatment, the seriously ill patient removed his IV drip and left the hospital. Lacking Without social health insurance coverage, he was aware that his savings would not stretch far enough to cover his mounting treatment costs.

Dr. Nguyen Thi Ha  is a department head at a large hospital, and she spends most of her time managing staff, but she also makes sure that she speaks to patients and takes care of their everyday needs. „Patients who have no insurance usually struggle,” she says, noting that a typical treatment for non-serious diseases at the paediatric department can easily cost between 2 to 3 million dong (~ 87 – 131 USD). According to her, for patients without insurance who are usually from lower socio-economic backgrounds, such an expense is a fortune. Although the percentage of uninsured patients is small (about 10 percent), treating them is hard as they have to weigh their health against their finances.

She recalls the case of a patient who sought treatment at her hospital only after a small clinic and medication from pharmacies failed to cure her of her headaches, high fever and nausea. At Dr. Nguyen Thi Ha’s hospital, the patient was diagnosed with an upper respiratory infection, a condition that would usually require several days of hospitalization. „We tried to persuade her to stay in the hospital, even if it was just a few days if she could afford it, since her fever was at its peak,” Nguyen Thi Ha says. “But after a lot of thought, she asked the doctor if she could have treatment at home.” 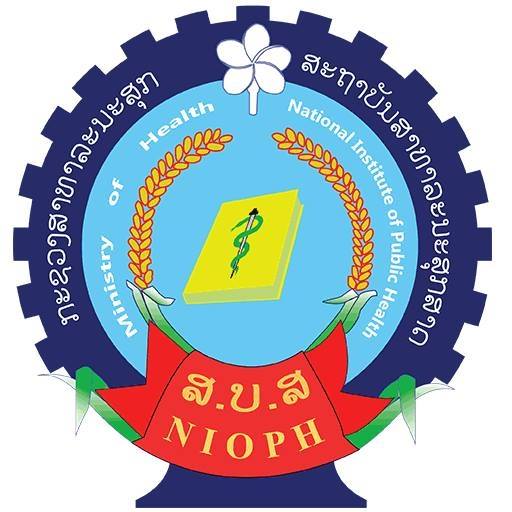 Based in Vientiane, Lao PDR, LTPHI focuses on major health issues affecting Lao PDR, including social health protection, and are one of the key institutions... 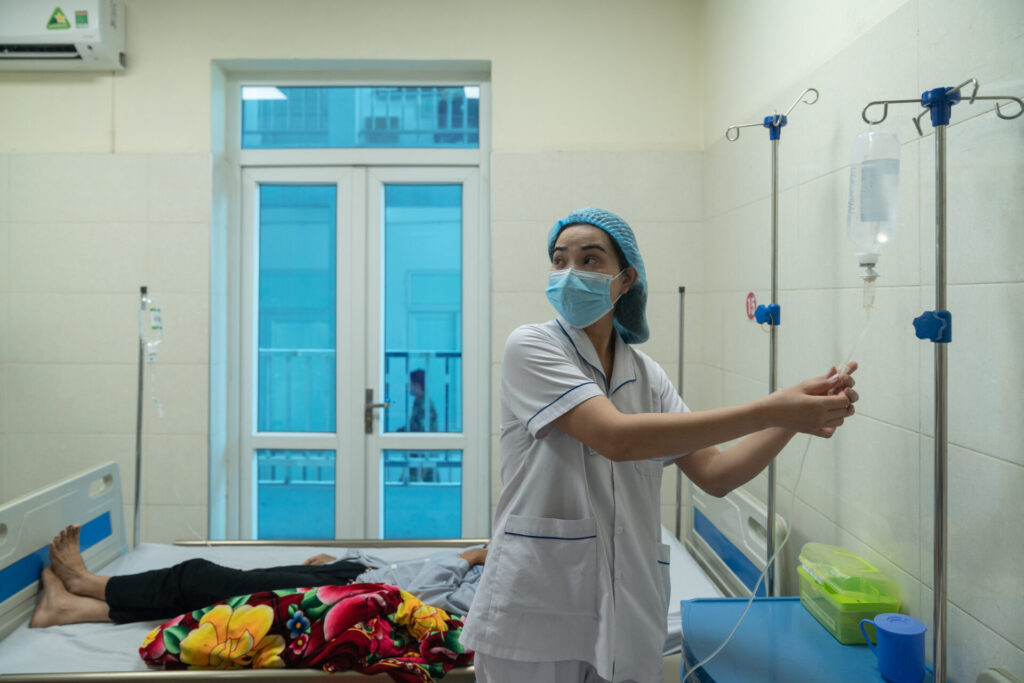 This years’ World Health Workers Week was celebrated under the theme Build the Health Workforce Back Better. Progress towards universal social health protection and ultimately... 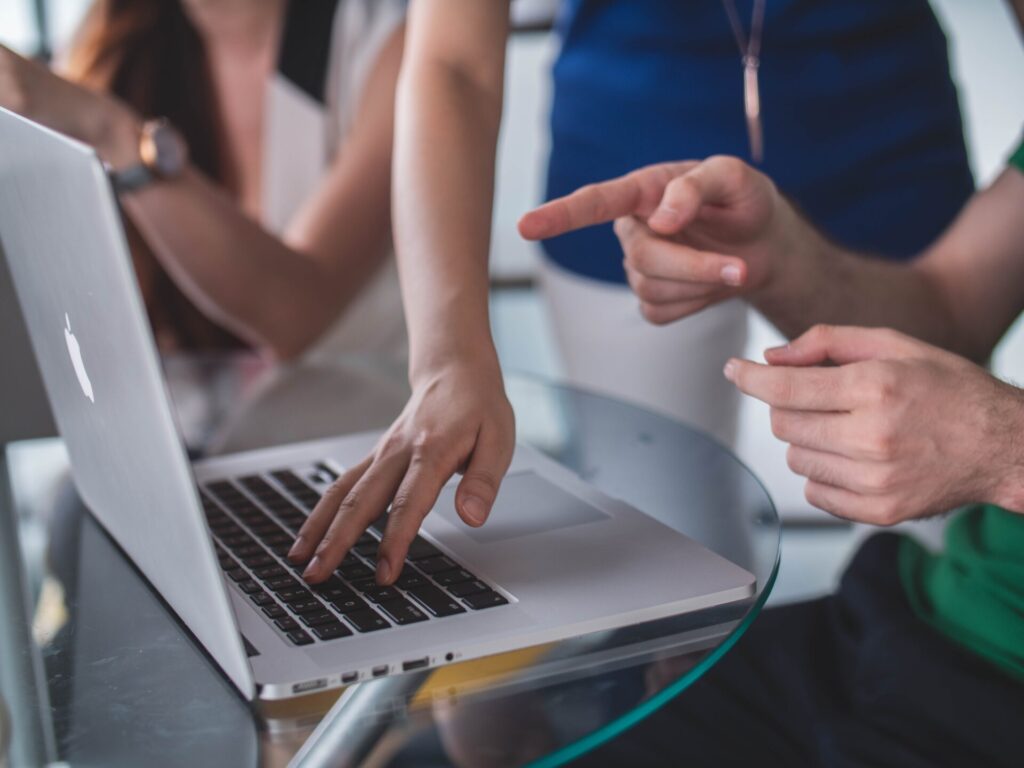 The 2022 edition of the e-learning course on social health protection entitled Addressing Inequities in access to Health Care, took place online, from the 21...